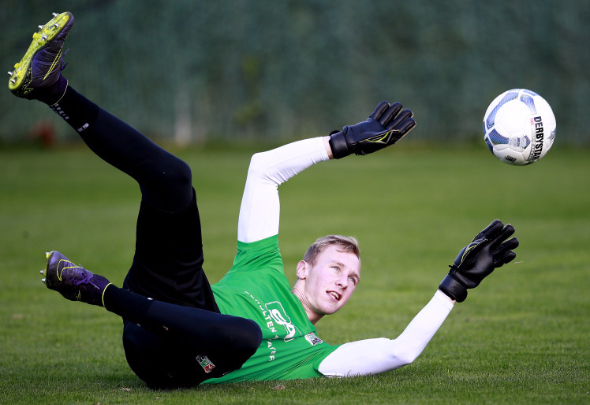 The Gunners have handed an opportunity to the the talented 20-year-old, who is out of contract at Eredivisie side NEC Nijmegen and has had offers from a string of Championship clubs.

Smit confirmed that he will undergo a trial at the Gunners’ headquarters.

“I need to seize this opportunity,” the young goalkeeper said about Arsenal, as quoted by the Mirror.

However, his understudy David Ospina is being linked with a move away to Besiktas while Roma want to extend the loan deal of Poland international Wojciech Szczesny.

Smit left Vitesse Arnhem for Nijmegen a year ago, but he is yet to have made a senior appearance in football.

The goalkeeper made 11 appearance in the Dutch youth and reserve competitions in the recently completed season conceding 16 goals and keeping three clean sheets.

Arsenal have a strong history of bringing foreign goalkeepers to England with Vito Mannone and Lukasz Fabianski still playing in the Premier League at Sunderland and Swansea respectively, while Manuel Almunia and Jens Lehmann also had extended spells in England.

In other Arsenal news, the Gunners have held talks with Romelu Lukaku about a sensational summer transfer.