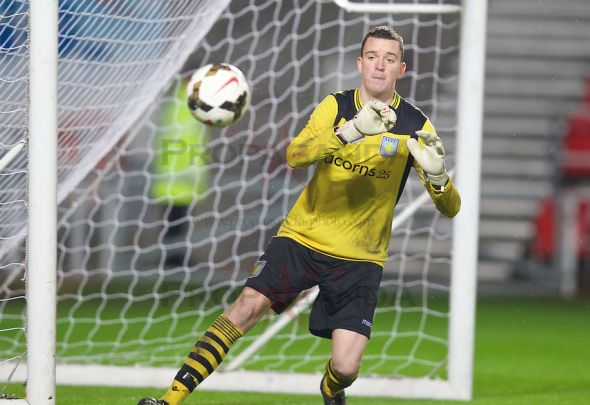 Charlie Bannister has joined Premier League side Watford just a short time after being released by Aston Villa, it was announced on Wednesday.

The 19-year-old goalkeeper was named on a list of players released by Villa when their contracts expired in June alongside the likes of Janoi Donacien, Benjamin Siegrist and Charles N’Zogbia.

Watford confirmed the signing of Bannister on a one-year deal via their official website, after the shot-stopper featured as a triallist during pre-season.

Bannister was a graduate of the Villa academy, but never made a senior appearance for the club.

It is unlikely he will press for a first-team spot at Watford, with Heurelho Gomes and Costel Pantilimon the clear first choice keepers for the Hornets.

In the under-23 squad, which is led by former Leeds and Liverpool star Harry Kewell, he will compete with Nathan Gartside for the goalkeeper’s jersey.

They have replaced him with Italian goalkeeper Pierluigi Gollini from Hellas Verrona.

Di Matteo told the Birmingham Mail in June that he would be clearing out the deadwood as he bids to create a tight knit squad.

In other Aston Villa transfer news, a BBC journalist says they will announce the exit of a senior duo but a third reported big earner will stay.