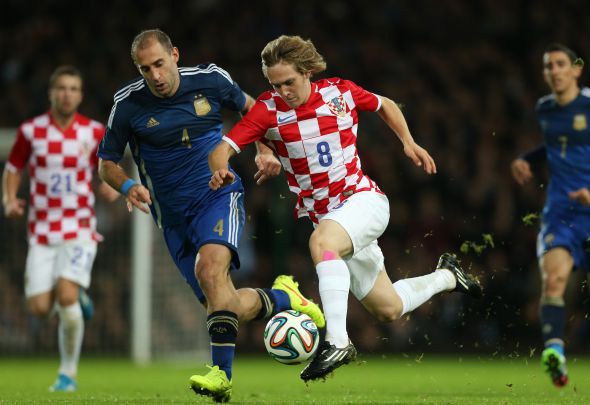 This comes after West Ham were reportedly interested in signing the youngster on a loan deal. Halilovic was loaned out to Sporting Gijon and played a part in their battle against relegation last season.

TalkSport have claimed that West Ham manager Slaven Bilic was exploring the possibility of the Barcelona youngster putting pen to paper in East London. He’ll have to look elsewhere as Hamburger confirmed the permanent signing of Halilovic on their Twitter feed today.

Halilovic has already won eight caps for his country, but made just one solitary Copa Del Rey appearance for Barcelona.

The 20-year-old scored five goals on loan for Gijon last year, with five assists. He is renowned for his role as a number 10 or shadow striker, but can also play out wide.

Halilovic has signed a five-year contract for Bruno Labbadia’s side, although Barca retain a buy-back clause for the former Dinamo Zagreb star.

Manager Slaven Bilic has made signings this summer despite missing out on a number of targets. Havard Nordtveit, Gokhan Tore and Sofiane Feghouli are among the new faces at the Olympic Stadium.

In other West Ham transfer news, this Turkish Champion has moved a step closer to signing with The Hammers.