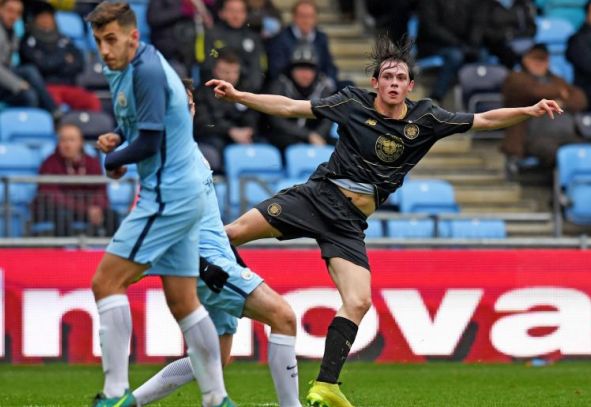 Brentford have signed winger Theo Archibald from Celtic, it was announced on Friday.

The English Championship club confirmed the transfer on their official website after the midfielder completed a medical.

Archibald, 19, has signed on a three-year contract and will officially complete the transfer on 10 June.

A graduate of the Celtic’s youth ranks, the versatile midfielder has made appearances at youth level for both club and country, while he made his professional debut on loan to Scottish League One side Albion Rovers, where he made five appearances.

For Celtic, he appeared in the UEFA Youth League, making 11 appearances and scoring two goals in the youth equivalent of the UEFA Champions League.

He has also appeared at U19 level for Scotland, having made two appearances so far, including his debut earlier this year.

With the amount of attacking talent available at Brendan Rodgers’ fingertips, it is no surprise that they are letting youngster depart. It is not like the Northern Irish boss has not been willing to give youth a chance at Celtic Park – just look at the likes of Moussa Dembele, Kieran Tierney and Patrick Roberts. It seems Archibald has failed to make the grade, having failed to impress on loan at Albion Rovers, so a move to Championship side Brentford seems a sensible option. It will clear space in Celtic’s squad, while giving the player the chance to prove himself at a decent level of English football.

In other Celtic news, a 16-year-old will be part of the squads in Friday’s clash against Aberdeen.