Chelsea have agreed to sell Oscar to Chinese club Shanghai SIPG, it was announced on Friday morning.

The London giants revealed on their official website and Twitter account that the Brazilian playmaker will join the Chinese Super League team at the start of the January window.

The deal will reportedly hand Chelsea a staggering £60million transfer fee for a player they bought for £25million in the summer of 2012. This is comfortably a club record sale.

Chelsea Football Club and Shanghai SIPG have agreed terms for the permanent transfer of Oscar… https://t.co/7izeugHu1J

“Chelsea Football Club and Shanghai SIPG have agreed terms for the permanent transfer of Oscar,” read a statement on the Chelsea website.

Oscar has brought down the curtain on a four-and-a-half-year spell at Stamford Bridge in which he has scored 38 goals from 203 appearances from attacking midfield.

But he has been forced down the pecking order this season and has been on the substitute’s bench during the club’s remarkable run of 11 consecutive Premier League wins.

At Shanghai, Oscar will link up with former Chelsea manager Andre Villas-Boas.

Chelsea are flying high at the league summit with 43 points from 17 matches and are six points clear of second placed Liverpool.

But manager Antonio Conte is said to be keen to plough the club-record sale from Oscar back into the side when the transfer window opens for business.

In other Chelsea transfer news, this is the Blues’ flop of 2016. 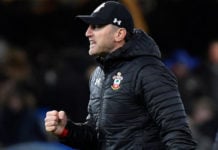