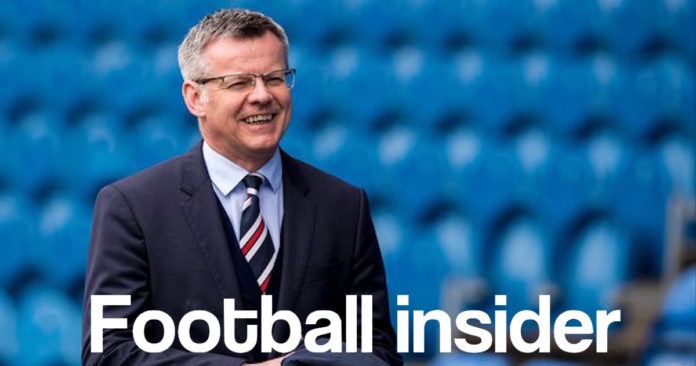 Rangers managing director Stewart Robinson has said that a verdict is imminent after a behind-the-scenes investigation into the dressing room bust-up between players Lee Wallace and Kenny Miller and then-manager Graeme Murty.

The senior duo were suspended from the club after an incident following the Scottish Cup semi final defeat to Celtic at Hampden Park, and instigated an inquest into the incident, involving interviews with witnesses and the like.

Weeks after it took place, Robinson has confirmed that a final verdict is due soon, and that the decision over the futures of those involved will be made when that point is reached.

He told the Daily Mail: “We need to wait until the investigation is completed. It’s close to being finished.

“We will get to an answer on that (the future of Wallace and Miller) soon.”

While there have been a number of disappointments at Ibrox throughout the season, there has been no incident which has sunk as low as the bust up in the dressing room. While passions might have been riding high after a thrashing at the hand of their fierce rivals, to take that anger out on your team mates and manager is unacceptable, and if it comes out that this was indeed the case, then those guilty should be shipped out of Ibrox with immediate effect. Murty is now gone from the manager’s post and with Steven Gerrard coming in from June, this issue needs to be sorted out and the air in the dressing room clear for his arrival. The Liverpool legend will want everyone pulling in the same direction and if there are any underlying personal problems, they must be dealt with straight away, or risk another incident flaring up in the future.

In other Rangers news, the club’s revolution has begun as they eye up a swoop for a Celtic target.