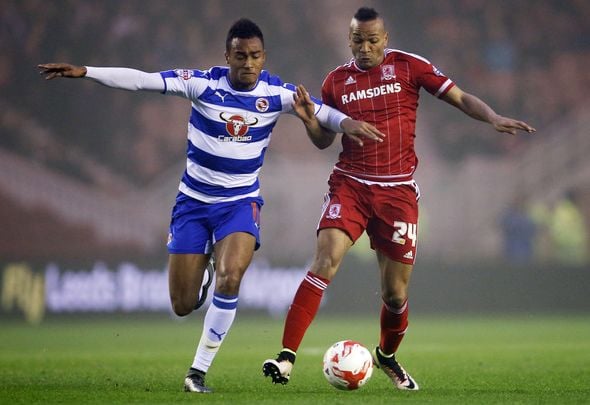 Reading will be without Jordan Obita for their clash against Leeds United on Saturday after revealing on Wednesday that the left back has undergone surgery on a knee injury.

The Royals confirmed that the 23-year-old went under the knife on their official website and official Twitter account, revealing that he will be ruled out for the rest of the campaign in what will be a major blow to manager Jaap Stam.

The news means the versatile defender, who can also play on the left wing, will be missing from the club’s clash against Leeds on Saturday.

Obita had been suffering with an ankle injury at the start of the season, keeping him out of the club’s opening six matches, before returning to action as a substitute against Brentford, where he was given 20 minutes of action.

He was handed a start in the League Cup defeat to Swansea, lasting 60 minutes, before returning to the substitute’s bench for the club’s clash with Hull City.

However, having joined the action in the 50th minute, he is said to have picked up the knee injury in the final minutes of the tie, and will now be focused on returning to full fitness ahead of next season.

He was firmly the first choice left back for the Royals last season, making 43 appearances across all competitions, including 37 in the Championship.

In other Leeds United news, Sky Sports have made a bold prediction over who will win the Championship next season.

‘He’s been a revelation’ – Exclusive: Brown wowed by Leeds midfielder who started today