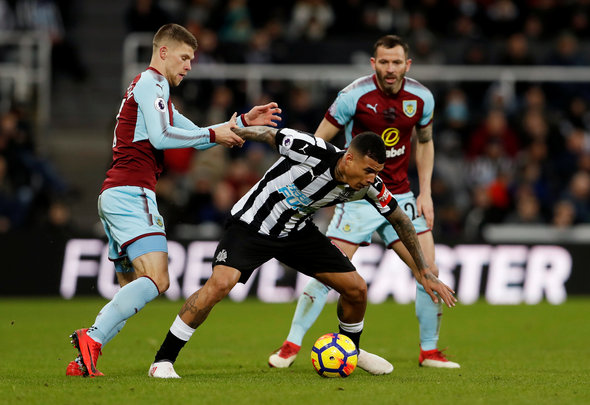 Newcastle United manager Rafael Benitez has confirmed that the club are readying a move for 22-year-old winger Kenedy this summer after seeing two previous bids for his permanent signing turned down.

The Magpies took the Brazilian attacker on loan from Chelsea in January and he has gone on to flourish with the north east side, scoring twice and chipping in with two assists in his nine appearances so far.

His signing has coincided with the club’s resurgence in form, with just two defeats since the turn of the year and four consecutive victories, including Sunday’s 2-1 at home to Arsenal.

After his impressive form, Benitez has confirmed that he had already seen two moves to sign the lightning fast forward on a permanent deal rejected, and that while a third bid was planned, the ball lay in Chelsea’s court.

He told the Northern Echo: “We tried to sign the player (in January) and they said ‘no’ it is a loan now. We could not say we wanted the player permanently because they would say no.

“Chelsea I am sure they will say wait. Chelsea has a lot of confidence in the lad. When we tried to bring him last summer we couldn’t. The lad wanted to play, but was in a top side.

“We pushed and it was impossible. We were ready in January. I was worried because it was taking too long. We had to be sure we could do it and we did it and now we have to see.”

The fact Newcastle’s form has taken such an upturn since Kenedy’s arrival at St James’ Park is no coincidence, and the Brazilian has been one of the Magpies’ most influential players in their push for Premier League safety. It is no surprise Benitez has looked to sign him up so many times in recent months and it looks as though the situation is going to repeat itself this summer. Can Newcastle actually get him to turn his loan move into a permanent one? It will be tough considering how many teams are likely watching him now, plus Chelsea’s own uncertainty, with Antonio Conte looking exit-bound, could keep him at Stamford Bridge.

In other Newcastle United news, a BBC pundit has said one Magpies man has been doing “phenomenally”.