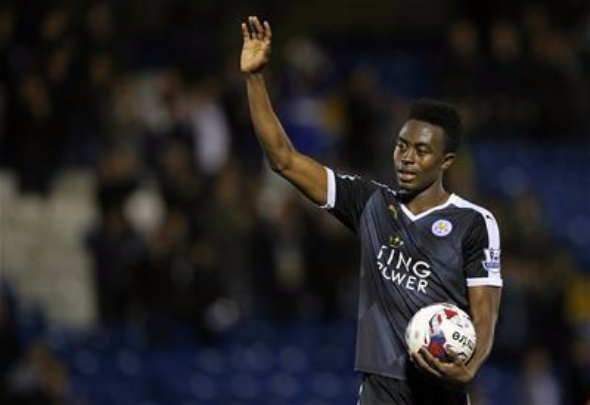 Leicester striker Joe Dodoo has revealed he is in advanced talks to join Rangers.

The 21-year-old attacker arrived in Glasgow on Monday and has spent the week training with the Scottish giants ahead of Saturday’s Betfred Cup tie against Motherwell.

Dodoo, who can play as either the spearhead of the attack or in a flank role is hopeful a deal can be finalised with Rangers on Friday for him to become the club’s ninth summer signing.

“We are hoping to get it sorted,” Dodoo told the Glasgow Evening Times. “I have enjoyed my time in Glasgow this week and the staff and the rest of the players have made it easy for me to settle in. They have been very welcoming.

“It is a great city and a great club. The training facilities are excellent. What the manager and the club are trying to do is exciting as well and it’s something I want to be a part of.

“We are in talks and are trying to get something sorted out. We don’t really know exactly what’s happening yet. Hopefully something can be agreed in the next 24 hours.”

It is unclear whether the former England youth international transfer to Rangers will be permanent or temporary as his contract with Leicester has expired.

Dodoo has been offered new terms by the Foxes but it appears certain that he will be moving to Ibrox as the transfer is finalised.

Rangers can prise Dofoo from England for compensation fee of just £250,000 due to Fifa rules for players under the age of 24.

The right-winger made one league appearance for Leicester last season, as they stunned the football world to lift the Premier League title.

The former England Under-18 international also starred for Claudio Ranieri’s side in the Capital One Cup, which included a hat-trick against Bury, the club he would later join on a one-month loan deal.

Manager Mark Warburton is in the market for a striker after already making eight signings this summer.

In other Rangers transfer news, the club have been given an emphatic response in their pursuit of a free-scoring striker from England’s lower leagues.