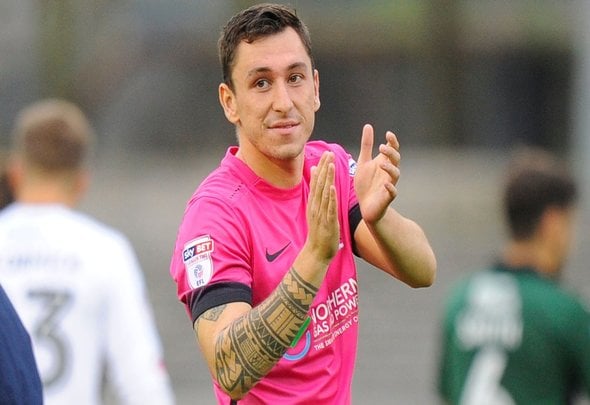 The Northern Echo reported on 10 May that the Whites were keeping tabs on the 22-year-old left-winger, formerly of Hartlepool.

However, it was also detailed that fellow Yorkshire club Sheffield United were understood to be readying an offer of around £300,000 for the attacker and just five days later the Blades have been able to confirm his signature via their official Twitter account on a three-year contract.

Thomas was one of the bright lights for the relegated Hartlepool team this season with nine goals  and three assists in 33 League Two appearances, which sparked the interest from Championship clubs.

But, Leeds will now have to look for someone else if their reported interest was correct and it is likely they will remain in the winger market this summer with each of Hadi Sacko, Modou Barrow and Alfonso Pedraza returning to their parent clubs after the season’s end.

Manager Garry Monk will also be looking to bolster his squad if he remains in charge as he will be eager for the club to progress from their seventh placed finish from the last campaign.

The highest level Thomas has played at in England is League Two and only this season did he truly show what he was capable of, meaning that he could still be a risk for a lot of Championship clubs. Now, a team like Sheffield United where they will just be fighting for survival next season rather than a team of Leeds where they will be expecting to battle for promotion once again could serve him a lot better. However, Leeds must also bring in at least two wide players this summer to replace the aforementioned trio and Monk would rather have his signings secured early like Sheffield United have done than leaving it late.

In other Leeds transfer news, four senior Whites players are heading for the exit door.