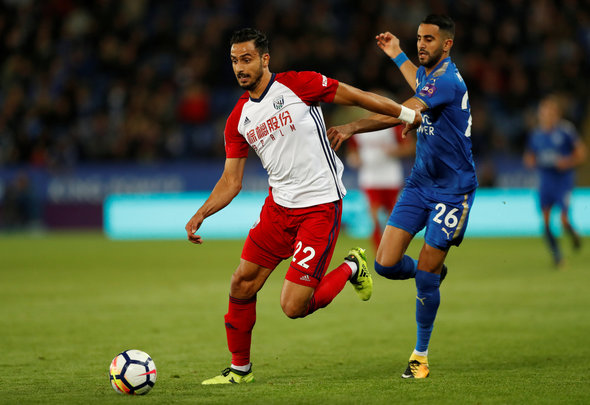 Morrison, 31, has been suffering with an Achilles injury for almost two months while Chadli, 28, will be denied a meeting against his former employers this weekend after tearing his thigh muscle.

Both playmakers are usually key in the Albion senior side, but injuries have hampered their game time this season while Tony Pulis opted to use more defensive midfielders than attacking ones before he was sacked earlier this week.

West Brom will be playing for the first time since showing Pulis the exit door on Monday and in his first press conference on Friday, Megson has confirmed that he will be without the two key players ahead of their game against Spurs.

“Nobody coming back for Spurs. It’s too early for James Morrison and Chadli. The good news is that we have no further injuries,” he said, as quoted by the Baggies’ official Twitter account.

GM: “Nobody coming back for @SpursOfficial. It’s too early for James Morrison and @NChadli. The good news is that we have no further injuries.”#WBA

Chadli will no doubt be gutted to miss the chance to play against his former side Tottenham this weekend.

The Belgium international joined West Brom last summer as their record transfer in a deal which could potentially rise to £16million and was a key part of their squad last term.

However in the summer it was widely reported that Chadli has refused to go on a pre-season training camp with Pulis and the squad to Austria.

Since then he has played just three times in the Baggies first-team due to injuries, despite earning more appearances with the Belgium international side.

The fact that Pulis has now left the Hawthorns, may see Chadli earn more of a prominent role in the squad.

In other Tottenham news, Mauricio Pochettino has issued a stern warning to this fringe player in his press conference ahead of the West Brom clash.