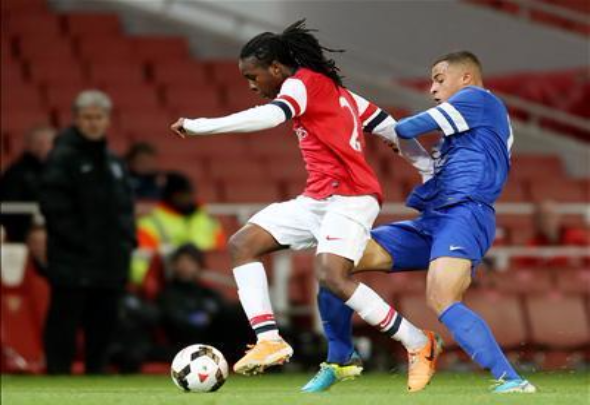 A trio of highly rated Everton academy players have signed new deals to extend their stay at the Goodison Park club, it was confirmed on Friday.

The Toffees announced on their official club website that they have secured the immediate futures of several of their young stars.

Harry Charsley and Antonee Robinson have put pen to paper on new 12-month deals while Tyrone Duffus has signed until the end of the year.

Merseyside publication the Liverpool Echo are reporting that new contract offers have also been made to Calum Dyson, Conor Grant, Louis Gray and Russell Griffiths.

18-year-old left-back Robinson featured for the Everton first team during their pre-season tour of Scotland last summer, although he missed all but two matches last season after sustaining a major knee injury.

Tyrone Duffus also saw little football last season after a series of injuries limited the attacking midfielder to just 20 minutes of pitch time in the Under-21 Premier League.

However, 19-year-old central midfielder Harry Charsley starred in 19 encounters for the Toffees Under-21 side scoring one goal and providing one assist.

The Blues’ Under-21’s squad are currently at a training camp near Valencia and summer signings Bassale Sambou and Chris Renshaw have joined up with the side.

In other Everton news, the Toffees have made an approach for Leicester’s head of recruitment Steve Walsh.