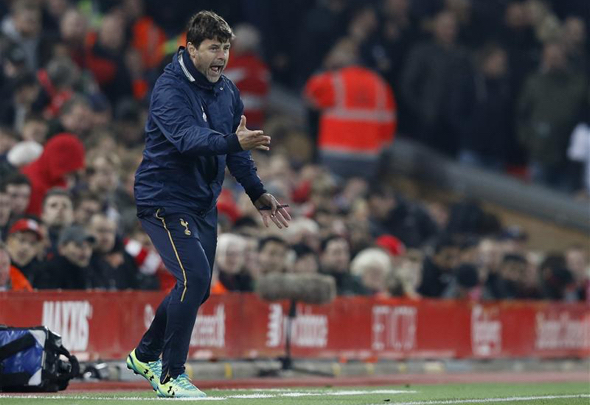 Tottenham have made two changes to their starting line-up as they take on Hull City at White Hart Lane on Wednesday night.

Eric Dier and Moussa Sissoko come into the side, with attacker Son Heung-Min and the injured Mousa Dembele missing out from the team that lost 1-0 to Manchester United at the weekend.

They will be now hoping to bounce back from that disappointing defeat against Mike Phelan’s league strugglers.

Pochettino’s side are currently three points off Manchester City who sit in fourth and take on in-form Watford at the Etihad Stadium on the same night.

Meanwhile, Jose Mourinho’s United are one place below them and three points behind them in the table.

But a loss for the north London club against the Tigers could see the Old Trafford club close the gap on their top four rivals.

Pochettino will be hoping star striker Harry Kane can guide them to success, as the England international has bagged five goals in his last five league games.

That tally includes scoring a brace against relegation threatened Swansea, who sit in the bottom three along with Hull.

In other Tottenham team news, club legend Ledley King has identified the key battle during Hull’s clash with Spurs.