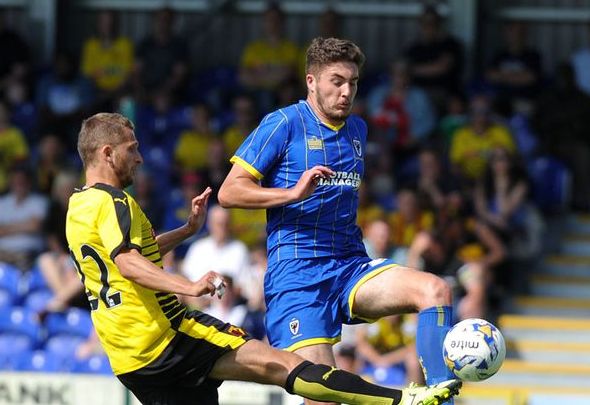 Stoke have beaten Tottenham and West Ham to the signing of teen sensation Ryan Sweeney.

Spurs and West Ham were credited with an interest in the 19-year-old by the Mirror in March, before he signed an new contract with Wimbledon.

But the London duo have been beaten to Sweeney by Stoke, who announced the deal via their Twitter account and on their website, with the BBC claiming Sweeney has signed until 2019.

#SCFC can confirm the Club has reached an agreement with AFC Wimbledon over the transfer of Ryan Sweeney… pic.twitter.com/f7BnTnDuNn

Delighted to have signed for @stokecity thanks for all the messages 🔴⚪️

Sweeney made his debut for Wimbledon last April aged just 17 and subsequently played 13 times for his home town club.

They have been in the market for a proven strikerll summer, but have so far failed to push through deals for the likes of Alexandre Lacazette, Carlos Tevez, Michy Batshauyi, Carlos Bacca, Christian Benteke and Andre Ayew.

They are continuing to search players and Slaven Bilic has revealed that he still hopes to make five more signings this summer.

Jack Sullivan, the son of the Hammers co-owner David Sullivan, reiterated the plan for new signings and claimed on his personal Twitter account on Friday morning that new faces will soon be added to the squad.

So excited for the season and everything now!! We will get a few players in and be as strong as ever!!

In other West Ham transfer news, they have opened talks over 24-year-old attacker deal.