The former England international, speaking exclusively to Football Insider correspondent Dylan Childs, claimed the differing financial circumstances that players find themselves in would make it very difficult to establish a consensus.

The Premier League is preparing for a return to action in early June after the government gave the green light for professional sports to return from 1 June.

I think it’s been made pretty clear players opinions don’t count for much along with the head medical officer of fifa? It’s been 10 weeks since we last played to try get a poll to see we’re players stand?

Aaron Cresswell is one of a number of players that has voiced concern in the last week – the left-back taking to Twitter to back Sam Allardyce’s call for a players’ poll on a return.

Mills was unconvinced by the notion of a players’ vote and suggested the issue is far more complex.

“It is very, very difficult, conflicting and confusing,” he told Football Insider.

“Some players can take a financial hit if they had to. If they do not feel that they are safe, they could tell their club that they do not want to play and lose two, three, six months wages and that would be fine no matter what. It would not be a big issue.

“However, some players might feel pressured to go back because they cannot afford to risk losing their pay.

“It is ok for the top 5% of Premier League players to say they are not playing because they have the ability to make that choice.

“The further you go down, the harder it becomes to do that. It is so, so complicated.” 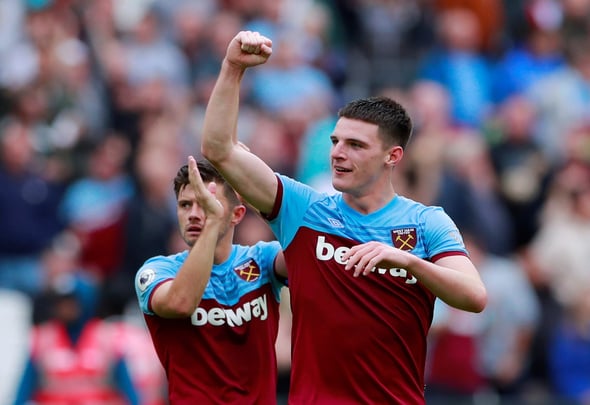 The rest of Europe watched on this weekend as the Bundesliga restarted in Germany and the UK government hope the Premier League can follow suit next month.

The foreign secretary, Dominic Raab, suggested football’s return would “lift the spirits of the nation”.

In other West Ham news, it can be REVEALED that club are well placed to sign midfielder proven in the Premier League.