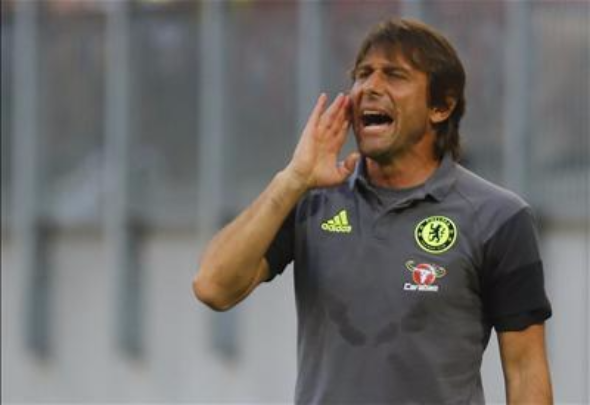 Antonio Conte has revealed that he spoke to Mauricio Pochettino and Sam Allardyce before accepting the Chelsea manager’s job.

The new Stamford Bridge boss explained that he was contemplating taking a post in the Premier League and his mind was made up after talks with the Tottenham and England managers.

Conte, who quit as Italy manager after Euro 2016 to take over at the London giants, also went on fact-finding missions to watch training at Spurs, West Ham and Chelsea, when they were managed by Jose Mourinho.

“I know Jose,” Conte said, as quoted by the Sunday Mirror. “Two years ago I visited him in Cobham, at Chelsea’s training ground, and I saw a training session with him.

“He’s a good manager, one of the best in the world, and I have great respect for him. He is a winner.

“Did I speak to him before I took the Chelsea job? No, it doesn’t happen. I visited Chelsea, West Ham and Tottenham and I also spoke with Sam Allardyce and also with Mauricio Pochettino.

“It was then that I started to think that I would like to have an experience outside of my country.”

Conte, 47, steered Juventus to three Serie A titles before taking over the Italy national team, who he led to the quarter-finals of Euro 2016 before their penalty shoot-out defeat to Germany.

He was identified by the Chelsea hierarchy as the permanent successor to Mourinho, following Guus Hiddink’s temporary spell at the helm, and the deal was agreed before the European Championships began.

Conte has been charged with revitalising a team that had a wretched 2015-16 season, in which they finished a lowly 10th in the Premier League table.

In other Tottenham news, Spurs open talks on £26million deal for 29-year-old.