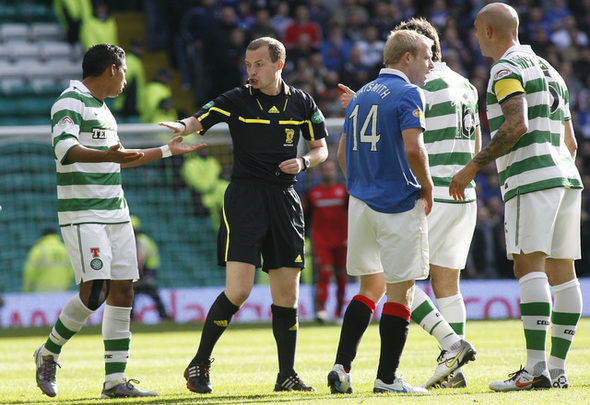 The upcoming Rangers and Celtic clash at Ibrox threw up yet another talking point to discuss when it was revealed that Willie Collum will referee the match.

The Scottish FA confirmed the news on their official website on Tuesday.

The appointment of the controversial referee was always going to generate opinion as he has been involved in explosive incidents with both sides.

In his first Old Firm game as referee in 2010, he infuriated then Hoops boss after giving Rangers a penalty when he had his back turned to play and couldn’t properly see the incident.

He upset Gers fans earlier this season by sending-off Ryan Jack in a game against Aberdeen at Pittodrie.

Interestingly enough, the last Old Firm game he refereed – Celtic’s 2-0 Scottish Cup semi-final win last season – passed by without much incident, the only slightly controversial note a penalty awarded to the Hoops when Leigh Griffiths was brought down.

Collum and the SFA will be hoping that the upcoming fixture passes by without any major incidents, but with the Old Firm anything can happen and it wouldn’t be shock at all if all the headlines after the game were about the referee.

In other Celtic news, Dermot Gallagher has given his verdict on a controversial penalty awarded to the Hoops