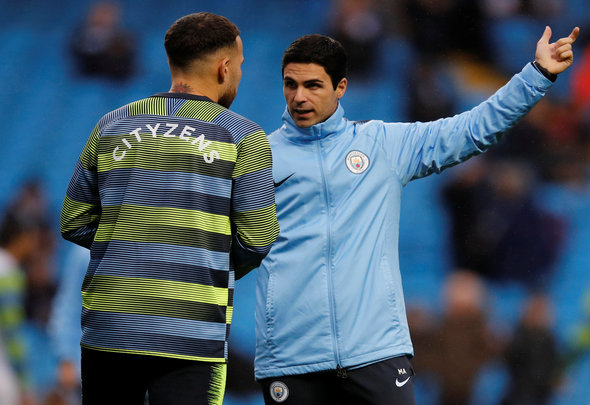 Danny Mills has called Newcastle United a “massive step down” for Manchester City coach Mikel Arteta as the Magpies look to appoint a manager to replace Rafael Benitez.

Speaking to Football Insider, the former City and England star insisted that taking charge at St James’ Park would be a huge gamble for the former midfielder and that he could go from being assistant at the Premier League champions to being out of a job in a couple of months.

As revealed by Football Insider, Arteta is one of a number of candidates the Magpies are considering to take over from Benitez, who will leave Newcastle when his contract runs out at the end of the month.

However, Mills suggested that the north east outfit could prove to be a poison chalice for the Spaniard and questioned why he would depart the Premier League champions.

“It would be a massive step down. I know he would then be the manager, the head coach, but he could take that job and it could be a disaster after two months. Might not work, no money to spend and he could be out of a job.

“You have to be very, very careful. Even the bookies don’t seem to know.”

Arteta, who played 284 times in the Premier League for Everton and Arsenal before hanging up his boots in 2016, has been at Manchester City since his retirement and Pep Guardiola’s appointment in the north west.

In other Newcastle United news, it can be REVEALED the club are eyeing up nearly £35million worth of profit for one of their senior stars looking to leave.