Danny Mills urges Liverpool not to sell Rhian Brewster this summer but instead send the forward out on another season-long loan deal.

The former England international, speaking exclusively to Football Insider correspondent Dylan Childs, believes the 20-year-old should leave Anfield this summer but claimed that the Reds would be “crazy” to let him go on a permanent deal.

Football Insider revealed that the striker has been the subject of bids from both Crystal Palace and Sheffield United with Jurgen Klopp undecided on the player’s future.

The Athletic’s James Pearce today revealed that a move to Roy Hodgson’s Palace is “gathering pace” with the Eagles happy to include a buyback option in the deal.

Mills suggested that the Reds allow the England Under-21 international to leave on loan.

“As a young player you need to play, it is as simple as that,” he told Football Insider.

“When you have had a taste of it there is nothing worse than sitting around. You feel like your career is going backwards. 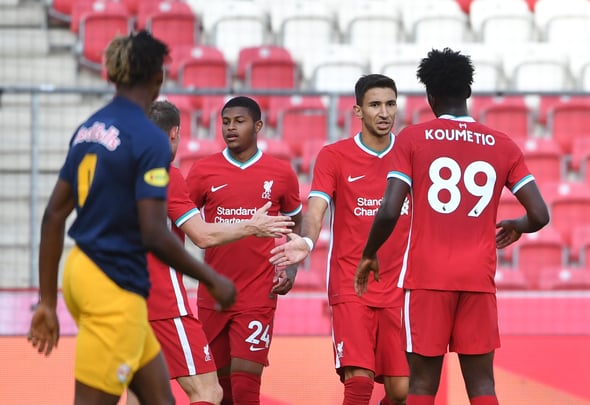 “You are far better off taking a step down just to play regular first team football. That is how you improve and develop. I do not believe that you develop by training with great players day in, day out. You will get a little bit better but the intensity is not that of a game. The pressure is not there.

In other Liverpool news, it can be REVEALED that Derby County have opened talks to sign Bobby Duncan after training ground visit.