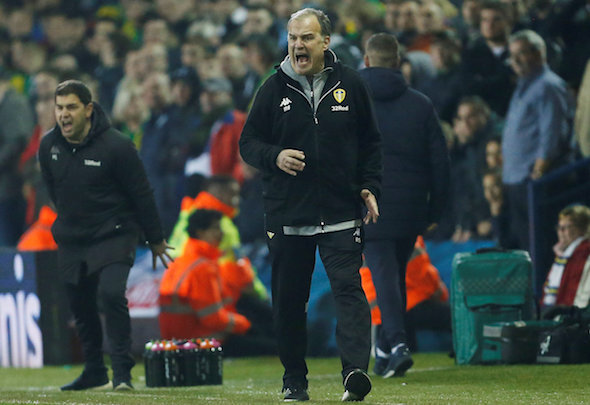 Marcelo Bielsa told Kiko Casilla the first time they met he was “crazy” for swapping Real Madrid for the English Championship, according to Phil Hay.

The Yorkshire Evening Post correspondent claims in a column in the newspaper  made the joke to the goalkeeper after he signed for Leeds United from the Spanish giants during the January window.

Casilla has established himself as the Leeds number one but will miss Saturday’s clash against Millwall due to a one-match suspension and will be replaced by Bailey Peacock-Farrell in the starting XI.

Crazy? Or ambitious and eager to make the most of the remaining years of his career? The fact is that Casilla was the third choice goalkeeper at Real, an also-ran in a squad and marking time in his career while earning a very decent living indeed at perhaps the world’s most prestigious club. By joining Leeds, the 32-year-old put himself in the firing line and back on centre stage. He is certainly well enough equipped to be there. Casilla has comfortably been the best keeper to play for the team since Robert Green was bizarrely and wrongly offloaded in the summer of 2017, when Thomas Christiansen and Victor Orta put their faith in Felix Wiedwald and Andy Lonergan. The Spaniard has provided a reassuring and commanding presence at the back, conceding nine goals in 10 matches, which yielded six wins. He will be missed against Millwall, a side who will pepper the United box with crosses and long balls, and hope to take advantage of Bailey Peacock-Farrell’s frailties.

In other Leeds United team news, it can be REVEALED that the club are to hold talks with these brilliant players ahead of the summer transfer window.