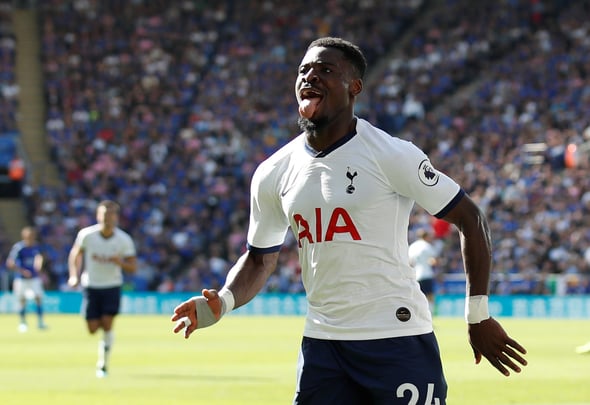 Darren Bent has tipped Tottenham defender Serge Aurier to get the nod over Kyle Walker-Peters for the club’s clash against Bayern Munich despite his “criminal” sending off versus Southampton.

Speaking exclusively to Football Insider assistant editor Russell Edge, the former Spurs and England striker says that despite the Ivorian’s red card in the 2-1 win over Southampton, he expects Mauricio Pochettino to keep faith on Tuesday thanks to his experience in the Champions League.

The 26-year-old was handed his marching orders for two first-half yellow cards against the Saints, leaving Spurs battling for just under an hour with 10 men.

Bent says that he was a little sympathetic with the manner of the defender’s sending off and says that he expects Pochettino to remain with him in the starting XI against Bayern on Tuesday evening.

Asked if he expected Aurier to start against the German heavyweights, Bent told Football Insider: “I think he will do, for the Champions League experience I think he might. I’m not sure you can trust him again.

“We know Bayern, a quick, counter-attacking team, you don’t want to pick up needless bookings early on and then walk a tightrope for the rest of the game. I’m sure Pochettino would look at that.

“I felt a bit sorry for him (v Southampton), I thought the ball was out. When they played on he was a little frustrated and he’s done what he’s done. After that, you can’t show such petulance, it’s just criminal. He’s played in big games and for big clubs.

“With Serge Aurier, he seems to have been given the nod over Kyle Walker-Peters. Every week there’s some kind of decision that’s around him and he’s going to start costing them points. Fortunately, it didn’t cost them very much.”

Pochettino started the season with Walker-Peters as his first-choice right-back, while he has also used Davinson Sanchez as a makeshift full-back in recent weeks.

Tottenham’s Champions League campaign kicked off with a 2-2 draw against Olympiacos, Spurs allowing the Greek side to come from 2-0 down and snatch a point.

In other Tottenham news, Darren Bent has been raving to Football Insider about one Spurs star keeping a “very good” teammate on the bench.