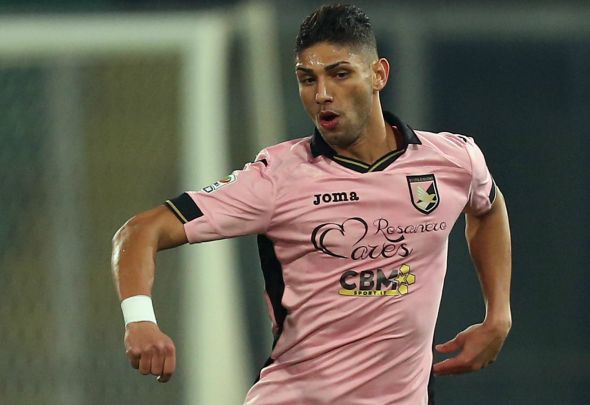 Crystal Palace are hopeful of beating a host of clubs to the signing of Palermo left-back Achraf Lazaar, according to a report.

This comes after the Evening Standard claimed last week that West Ham were leading the race to land the left-sided player for £2.5million.

Moreover, Italian publication Mediagol claimed that the Morocco international had agreed a three-year contract with the Hammers before speculation subsequently went quiet.

West Ham boss Slaven Bilic stated earlier this month that the club were aiming to bring in five players before the 31 August transfer cut-off.

Lazaar’s arrival would be the third since those comments after both Andre Ayew and Arthur Masuaku arrived at the club over the past few weeks, although the landscape has shifted further at the London Stadium following the serious injuries sustained by Andy Carroll and Ayew.

Lazaar can play in defence and on the left side of midfield, and his versatility was said to be an appeal to Bilic.

He has less than 12 months remaining on his Rosanero deal and is available at a relatively cut-price £2.5million.

In other West Ham transfer news, they want to sign a £28million international to solve their crisis.