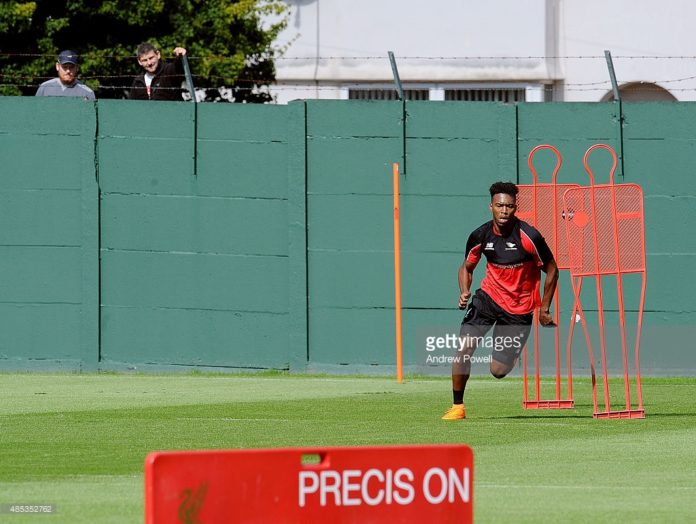 EXCLUSIVE | By Merseyside correspondent Cam Downes
Daniel Sturridge will not be selected for Liverpool’s Europa League clash against Bordeaux this week as he continues his rehabilitation from injury, Football Insider sources understand.

The striker has returned to full contact training at the Merseyside club’s Melwood headquarters but he is not quite ready to play first-team football.
Sources have told Football Insider that he will not be considered for Thursday’s clash in France.
Speaking at his media briefing last Friday, manager Brendan Rodgers would not put a timeline on Sturridge’s return but admitted he was impressed by what he has seen from the England star.

“Daniel looked very, very sharp in training yesterday and probably the best he has looked fitness wise 18 months,” said Rodgers.
“There is no timeline on when he will be fit to participate. From experience I don’t want to put any timeline on him coming back, he has worked very hard in America with people over there and our medical team has done a brilliant job.”

Liverpool are taking a cautious approach to the fitness of the 26-year-old following a nightmare 12 months in which he has suffered four separate serious injuries.
Football Insider revealed early last week that the England international is weeks away from playing for the first-team, with Liverpool staff keen not to rush him back into action.
Rodgers has been publicly cautious about putting pressure on the England international, who was restricted to just seven Premier League starts last season.
Liverpool are understandably keen to avoid a repeat of Sturridge injury problems.