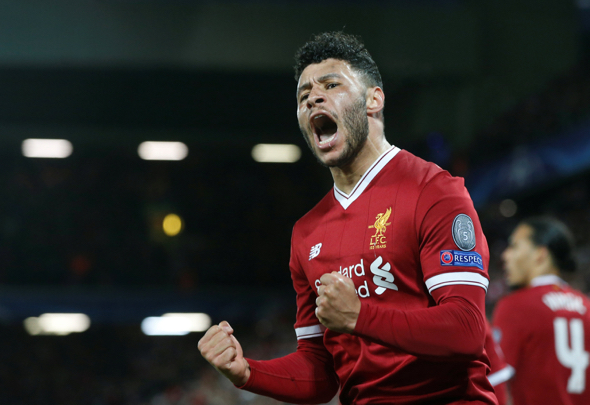 Danny Mills is expecting big things from Alex Oxlade-Chamberlain next season as he claimed Liverpool have a “potentially exceptional midfield”.

Speaking exclusively to Football Insider, the ex-England defender does not anticipate a downturn from the Merseysiders after their remarkable campaign resulted in a 97-point Premier League haul and a place in the Champions League final.

Mills claims the goalkeeper, defence and attack are as good as any around and believes the midfield will be even stronger irrespective of the summer transfer window.

The pundit is excited about what Oxlade-Chamberlain can add after a serious knee injury sidelined him for a year and reduced him to just 19 senior minutes this season.

“They back four and goalkeeper is pretty much set for the next few seasons, with Joe Gomez coming into it, they have been absolutely brilliant,” Mills told Football Insider.

“The front three are absolutely outstanding, the midfield you can maybe tweak it, but Liverpool have a potentially exceptional midfield, with Naby Keita and Fabinho now settled in the Premier League and likely to be key men.

“Oxlade-Chamberlain is coming back as well and he will add something different with his driving runs from midfield. He can be an exceptional player for them next season.

“Can they unearth a gem to add to the mix this summer? Maybe. But, who is going to be happy to play second fiddle? It’s going to be very difficult to find anyone better than who they have without spending massive money.”

Oxlade-Chamberlain was signed from Arsenal for £35million in the summer of 2017.

The 32-times England international has made 44 appearances for the Merseysiders and will be hoping to feature in the Champions League final against Tottenham next week.