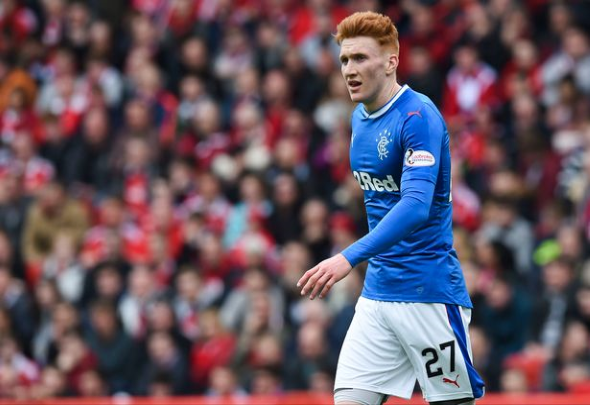 Rangers defender David Bates is relishing the SPL battle that awaits him against Celtic on Sunday and the challenge of testing himself against Hoops striker Moussa Dembele.

The young enforcer only came into Graeme Murty’s side in December and has been an important player for the Light Blues ever since.

Improving in every game and gaining more experience, he knows he will have to call upon all that he has already learnt when he comes up against the Hoops attacker.

Speaking in The Scottish Sun, Bates said of Dembele: “He’s a good player featuring at Celtic every week and you have to treat him with respect.

“He’s strong with good ability but you have to try and put your print on him and do what you’re good at.

“I think I’m capable of doing it as is any centre-half at the club. As a back four, we defend as a unit and take it from there.”

It’s going to be a real battle of wits and who can handle the pressure better on the day for this latest Old Firm derby. Rangers are the in-form side and the Hoops front line haven’t exactly been firing the goals in, so while Bates will need to be on alert against the Bhoys, the threat may not be as strong as some are suggesting. However, without Russell Martin to partner him at the back as the Norwich City defender looks to be stricken with a back issue, the 21-year-old defender could be left with Bruno Alves at the back. The Light Blues are oozing confidence right now – they just have to direct that onto the pitch on Sunday.