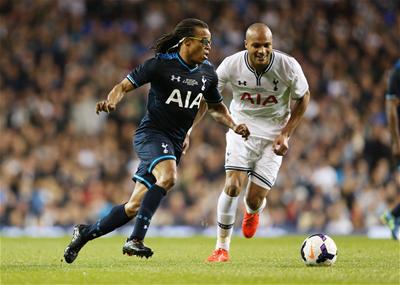 Tottenham and West Ham are set to play in their 204th competitive fixture at White Hart Lane in the Premier League on Saturday evening.

Spurs have got the better of the exchanges, with 91 victories to just 61 for the Hammers. 51 of the games have ended in a stalemate.

Football Insider has looked at how the Spurs side lined-up a decade ago when they met in north London on October 22 2006.

The result ended in a 1-0 victory for Martin Jol’s Tottenham team with a goal from Egyptian Mido.

Here is how Spurs lined up on the day:

The then England number one Paul Robinson started in goal with English duo Ledley King and Michael Dawson ahead of him, while attacking full-backs Pascal Chimbonda and Benoit Assou-Ekotto provided the defensive width.

West Ham had Javier Mascherano and Carlos Tevez in their matchday squad, but Tottenham had their own massive name in midfield, with former Barcelona and AC Milan star Edgar Davids.

Alongside him were pacey winger Aaron Lennon and current Hull midfielder Tom Huddlestone. Current football pundit Jermaine Jenas completed the midfield, but the quick-footed central-midfielder was playing out of his usual position on the wing.

Upfront saw match winner Mido alongside the prolific Jermaine Defoe. Defoe actually broke through the West Ham academy before making the switch to Tottenham, where he played for nine years across two spells scoring 143 goals in 364 encounters.

In other Tottenham news, Gareth Southgate has shared why he is grateful to Spurs.