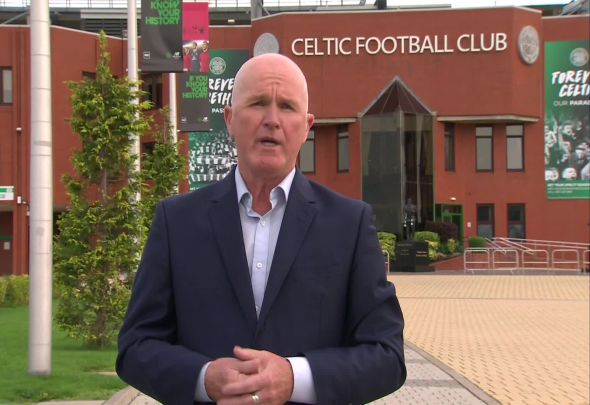 As summer grows near, questions are starting to be asked of the future of Rangers boss Graeme Murty – and not everyone is feeling confident about his time at Ibrox.

Sky Sports’ pundit Davie Provan has claimed the Rangers board will have been “on their knees begging” Walter Smith to return as manager – and suggests that Smith’s decision to remain retired speaks volumes of where the Gers find themselves.

Provan, writing in his Scottish Sun column, also claims Graeme Murty is only at Rangers so he can get a “nice pay-off waiting when (Rangers) come up short.”

Smith was recently in talks with the Scottish FA over taking over the national team but decided that, at age 70, he was enjoying his retirement.

Despite this, Provan seems to have completely ignored Smith’s comments and come up with some bizarre fairytale about Smith having “the savvy to see history is repeating itself.”

While there is little doubt over Smith’s place amongst the greatest managers in Scottish football history, it is widely acknowledged by pretty much everyone that Smith is finished with full-time management.

After seven years away from the game – and achieving pretty much everything there is for him to achieve – there is little point in Smith returning to Ibrox, even if on a short-term basis.

Given Smith is a fairly frequent visitor at Ibrox and the club’s Auchenhowie training ground, the 70-year-old’s position will have been well known to those within the club and the idea that the Gers have been “begging” him to return is laughable.

Provan’s comments on Murty also show quite how out of touch – or deliberately ignorant – the former Celtic star is after Murty moved north to take up the highly glamourous role of Gers Under-20’s head coach.

After stints in the Norwich and Southampton youth set-ups coaching, it doesn’t ring true that Murty came to Ibrox looking for a nice pay-off when he came up short.

Provan spoke about “history repeating itself” as Celtic head for a tenth successive title; however, it appears Davie did not pay too much attention to Scottish football during the 1990s.

If history is indeed repeating itself, then Celtic’s dominance of Scottish football is coming to an end very soon.