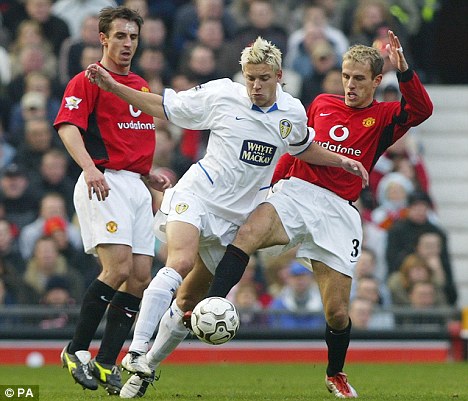 Leeds recorded a thrilling 5-1 extra-time victory over Kettering Town at Elland Road on December 8th 2009 to set up a blockbuster clash against Manchester United in the third round of the FA Cup.

The Whites, who were playing in League One at the time, scored four goals after 90 minutes to secure a victory after the Blue Square Premier side took them to extra-time in the FA Cup replay, which was full of controversies.

Leeds netted all extra-time goals within 11 minutes as a brace from Mike Grella and strikes from Tresor Kandol and Jermain Beckford sent the hosts on their way.

Luciano Becchio had given Leeds the lead in the first half but Kettering were refusing to be beaten and Anthony Elding equalised in the 62nd minute.

It set up a dramatic late victory for Leeds despite the efforts of Kettering’s player-manager Lee Harper, who saved a number of strikes as the visitor’s keeper.

Harper and his assistant manager John Deehan were the names which filled the headlines the following day despite Leeds’ sensational extra-time display.

Deehan was sacked as the club’s assistant manager just hours after the defeat and Leeds’ late four goals seemed to spark the possibility of a player revolt.

Leeds faced Manchester United for the first time since 2004 just weeks later and claimed a famous 1-0 victory at Old Trafford. They reached the fourth round before losing to Tottenham in a replay at Elland Road.

In other Leeds news, fans react on Twitter as Liam Bridcutt returns to training.