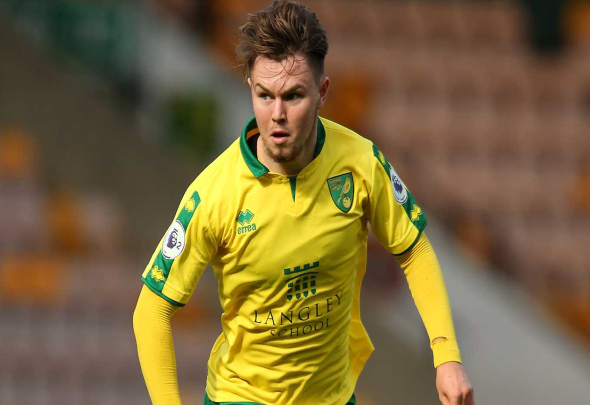 COMMENT
Deadline day signing Glenn Middleton made his first appearance in a Rangers shirt on Monday as he played 45 minutes of the Gers’ 1-0 reserve win over Valencia but the youngster should be with Graeme Murty’s first-team squad.
Middleton’s arrival at Ibrox has been widely praised as the 18-year-old joined his boyhood heroes from Norwich City on a two-and-a-half year contract.
The winger isn’t likely to force his way into the starting XI immediately with the likes of Jamie Murphy ahead of him but would be a fantastic asset for Graeme Murty to have on the bench in games.
Middleton’s pace and trickery could decimate tiring defenders and give the Gers a different attacking option to the likes of Murphy and Daniel Candeias.
Despite only being 18, Middleton is technically a very good footballer and should be more than capable of handling the Scottish Premiership and impressing in the senior side.
With a host of promising youngsters in the club’s Academy, Middleton maybe isn’t viewed as being at the front of the queue for the first-team but as the likes of Ross McCrorie have show this season, if a player is good enough then they are old enough and there’s little doubt Middleton is good enough to contribute between now and the end of the season.
With a trip to League One Ayr United this weekend in the Scottish Cup, Murty might even look to blood some youngsters against the Honest Men.
In other Rangers news, it can be revealed that a key first teamer has sensationally asked to leave after the board failed to stick to their promise of giving him a new deal during the transfer window.
Don’t miss out on breaking and exclusive Rangers news by clicking here for our brilliant 24/7 updates on Facebook, Instagram and YouTube.