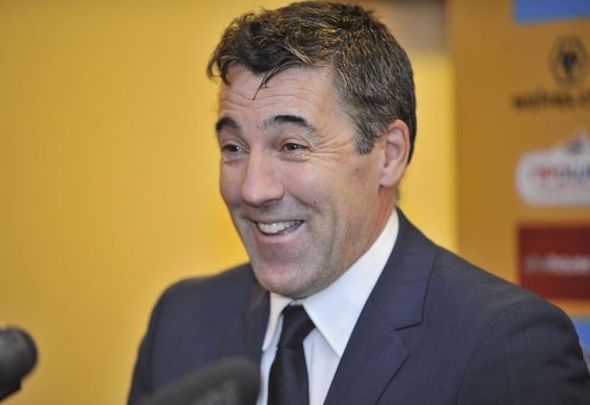 Speaking on the Alan Brazil Show on talkSPORT on Monday, the former Wolves, Doncaster Rovers and Crawley manager questioned whether United were deserving of promotion to the Premier League.

This came after host Brazil asked Saunders about a Henry Winter piece in the Times today entitled the “Premier League needs Leeds”.

“Henry Winter has written a piece about why the Premier League needs Leeds United,” said Brazil. “Henry says the size of the fanbase is what is needed in the top tier. Dean, are Leeds the one team that need to be back in the top tier?”

“You gave the Leeds fans pelters over spygate,” said Brazil.

“I said he was out of order and I mean it,” Saunders replied. “He was out of order sending someone to look through the fence at your tactics when they’re training, bang out of order. He’s got them playing really well, they’re a really good team, so a football side, no problem.”

“But you said they’d have cheated their way up,” said Brazil.

🤔 Alan: "Are Leeds the one team that needs to be back in the top flight?"

😂 Alan: "This is because of Spygate!"

Dean Saunders and Alan Brazil discuss whether the Premier League needs #LUFC to be promoted. pic.twitter.com/Vz0zjFmGhX

Saunders isn’t exactly a favourite of the massive Leeds fanbase after he was one of the most strident critics earlier this year when the club were being investigated and ‘Spygate’ was the word on everyone’s lips. The former Wales international is hardly gushing in his praise of the Championship automatic promotion hopefuls, and, more bizarrely, suggested Derby, Nottingham Forest, Derby and Sheffield United are equally big clubs who would decorate the Premier League. Sure, they are significant English clubs with good sized fanbases but they are hardly in the league of Aston Villa and Leeds, two genuine giants. Saunders stutters unconvincingly in his answers, as Brazil coaxes and winds him up beautifully, pointing out how now would be a great chance for the ex-striker to praise Bielsa’s side. That Saunders fails to adequately do so probably says a lot about him and his knowledge of Championship football.

In other Leeds United news, it can be REVEALED the club are to open talks with big-name trio ahead of summer window.