Dean Windass, the father of midfielder Josh hailed the Rangers fans on Twitter ahead of their friendly clash against Sheffield Wednesday.

The Glasgow giants were backed by their vocal support at Wednesday’s Hillsborough stadium in a clash which saw them run out 2-0 victors with goals coming from both Windass and veteran striker Kenny Miller.

It would have been a result that delighted Gers fans as they ended their preparations for next Sunday’s Premiership opener against Motherwell and it would seem as though the supporters were making their voices heard even before kick off as Windass paid his respect to the Rangers crowd via his personal Twitter account at 2.51pm.

Got to hand it to theses Glasgow fans wow respect 👍⚽️ pic.twitter.com/zy6wJWZqAa

The Sheffield Wednesday result has brought an end to a good pre-season for Rangers, which has seen them defeat Premier League side Watford 2-1 alongside earning a 1-1 draw against Euro giants Marseille.

However, there is still some disappointment over the club’s humiliating 2-1 Europa League defeat against Progres Niederkorn earlier in the summer and the team will want to put an end to that swiftly once competitive matches start up again.

Manager Pedro Caixinha has overhauled his squad which finished in third place and 39 points behind fierce rivals Celtic and the Scottish giants will be hoping for a much better 2017-18 campaign.

In other Rangers news, Gers fans have reacted on Twitter to Bruno Alves’ display against Sheffield Wednesday. 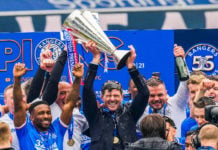 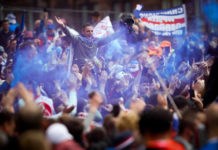 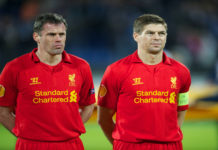 Robinson claims Rangers have edge in reported hunt for Carragher