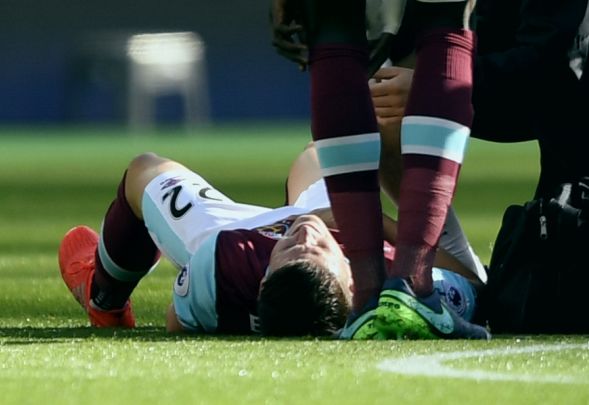 Sam Byram has posted an encouraging video on Instagram as he eyes a return to the West Ham first team.

The 23-year-old defender has been sidelined since for almost two months with a serious hamstring injury, after being substituted in the seventh minute of the Hammers draw against Middlesbrough back in October.

Posting on his personal Instagram account on Monday morning, Byram looked close to making a full recovery as he showed off a number off dynamic stretches and sprints as he steps up his rehabilitation.

7 weeks into the rehab feeling stronger everyday. Can't wait to be back 😄🏁

Signed from Leeds in January, Byram has featured just 13 times for the Hammers as he struggles to hold down a regular starting spot under Slaven Bilic.

However, West Ham’s number 22 is expected to be thrown in at the deep end when he returns to full fitness.

The Hammers have looked defensively shaky after adopting a three-man defence in the absence of their Essex-born star, as Michail Antonio struggled to replace him on the right side of defence.

The Hammers have kept just two clean sheets since Byram’s injury, but Bilic could revert to a four-man defence when he is declared fit enough to return first-team action.

The impending return of Byram will be a relief to supporters as he offers mobility and defensive awareness in the right-back slot.

West Ham next face Manchester United in the quarter finals of the EFL Cup, with a trip to Wembley and a place in the semi finals up for grabs.

In other West Ham news, Dimitri Payet has revealed why the east London outfit have been worse than last season.