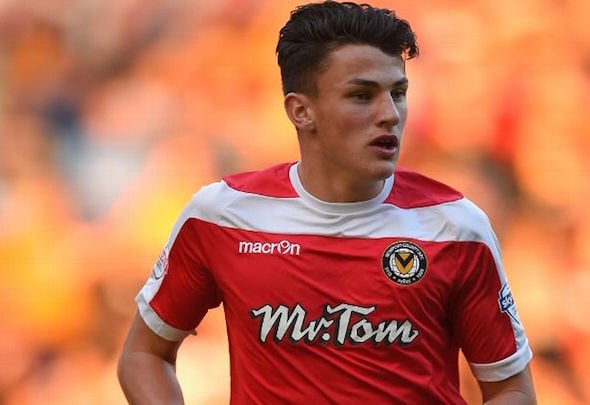 Regan Poole has been called up to the Manchester United squad for the first time after finally receiving international clearance.

But he was left in limbo for five months while he waited for his work permit and was not eligible until earlier this month.

Poole made his first appearance for the club in last Thursday’s 1-0 win over Manchester City for the Under-21s.

The Wales Under-19 international could now make his senior United debut against FC Midtjylland on Thursday.

On our way to Denmark ?

He has been included in a youthful 18-man squad that left Manchester on Wednesday morning to fly to Denmark and will at least be on the bench for the Europa League last-32 clash.

Poole is a defender who can play centre-back or left-back. He made his Newport debut aged just 16 and played 15 games for the League Two club before his transfer.