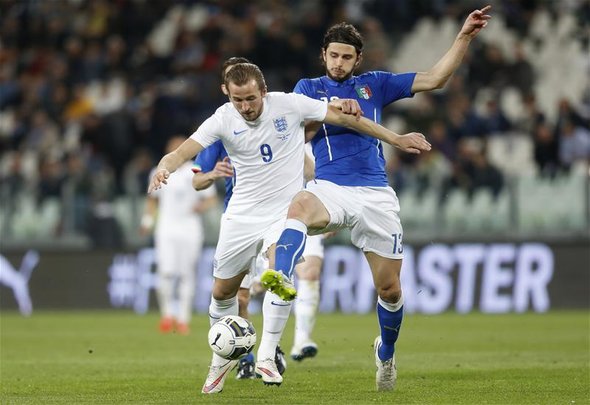 Inter Milan defender and reported Tottenham target Andrea Ranocchia is set to undergo a medical with Premier League side Hull, according to a reliable journalist.

The Evening Standard claimed earlier in the month that Spurs had entered the race to obtain the available 28-year-old.

However, Sky Sports Italy journalist Gianluca Di Marzio has shared on his personal Twitter account on Monday evening that Ranocchia is going to have a medical with the Tigers on Tuesday ahead of a loan move.

Tomorrow medicals for @23_Frog with @HullCity on loan from @Inter

Ranocchia has been at Inter for six years after completing a move from Genoa in the 2011 winter winter window.

He has played in an impressive 175 fixtures for the Italian giants during his time in Milan, but he has featured just nine times in all competitions for Stefano Pioli’s side this campaign.

Meanwhile, Tottenham boast the second best defensive tally in the Premier League with just one goal between them and league leaders Chelsea, conceding 15 and 16 goals respectively.

However, an injury picked up by star Jan Vertonghen has had a big impact on the Spurs side while Mauricio Pochettino has also changed to a three-man centre-back defensive line earlier this month.

Spurs have not brought any senior players in during the January window and it is remarkably quiet at the north London club with the deadline coming at 11.00pm on Tuesday evening.

Tottenham would not have needed this signing quite simply. At 28 Ranocchia is passing his peak years and has seen little match time for an Inter team who are considerably worse off than Spurs. There is also a reason why he is moving to relegation battling Hull rather than a side higher up the Premier League table. Tottenham are blessed in the centre-back area with Vertonghen, Toby Alderweireld and Eric Dier currently the first choice trio. The north London side can see out the duration of Vertonghen’s injury with Cameron Carter-Vickers Kevin Wimmer and Ben Davies all capable to step in for him instead of panicking and bringing another player in.

In other Tottenham transfer news, a Spurs deal for this £30million-rated sensation is still possible.