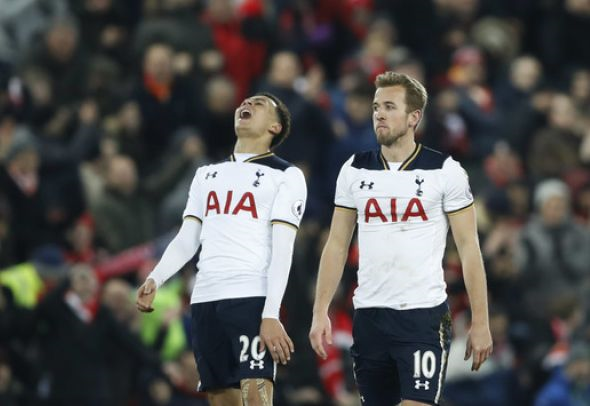 Dele Alli has revealed that Tottenham team-mate Harry Kane will still be helping the side during his absence through injury.

The 23-year-old has suffered ligament damage to his right ankle and Sky Sports report he is estimated to be out for between four to six weeks.

He is now set to miss some a crucial set of games as Spurs try to cement their position in the top four, but Alli has revealed that Kane will still play a major role in the dressing room.

“Mentally he is fantastic, he is a very positive guy and he is still going to be there helping the team as much as he can (during his injury),” Alli told Sky Sports.

Kane is being tipped to be a future captain at the north London club and has become a influential player under Mauricio Pochettino.

The English striker has has scored a fantastic 24 goals in just 29 appearances this season, but is now facing a second spell this season out through injury.

Spurs will hope to maintain their bid for a Champions League spot without their talisman and now turn their attention to Southampton in the Premier League on Sunday.

Alli will hope to help fill the void left by Kane and is Spurs’ second highest goal scorer this season.

The 20-year-old has managed 16 goals across all competitions and has thrived playing in a more advanced role.

In other Tottenham news, Paul Merson has predicted the clash against Southampton.