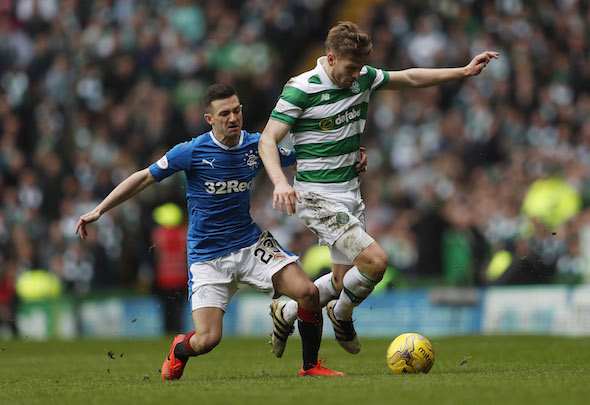 The 27-year-old completed a permanent move to Ibrox during the summer transfer window from Mexican outfit Guadalajara on a three-year contract.

The attacking midfielder has adapted slowly to life in Scotland but he was the hero of the evening when Pedro Caixinha’s picked up an impressive 3-0 result against St Johnstone last Friday.

The Mexico international managed to bag himself on a brace, notching up his first away goals in the SPL since his arrival in the summer.

The victory saw Rangers pull three points clear of the Saints into third-place in the league table.

Pena has now contributed with four goals in all competitions for his new side.

Speaking to the Scottish Sun, Holt revealed that he is pleased to see Pena  reaping the rewards for his hard work off the football pitch.

“He scored a couple of goals and we are all delighted for him because he is working extremely hard in training.

“It is good when it pays off with results like in the last game.

“Pena is like the rest of us, working extremely hard as a squad.

“Pena gets in great positions on the park, and he got his reward with goals against St Johnstone.

“I am sure he will go on to score many more for us.”

Holt, 24, has also enjoyed a fine start to his second full season in Glasgow, contributing with two assists in his last two appearances in the league.

Both players will be desperate to play a part at Hampden Park when Rangers meet Motherwell in the League Cup semi-final next weekend.