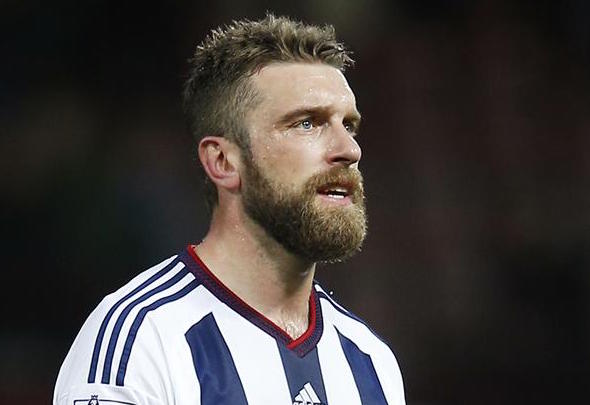 Aston Villa manager Roberto Di Matteo is weighing up a move for Rickie Lambert from rivals West Brom, according to a report.

The Birmingham Mail claim that Di Matteo is yet to put in a formal enquiry for the former Liverpool striker but the Italian is looking to add to Villa’s depleted strike force.

Lambert previously agreed to join Villa in January 2015 before pulling out of the deal in order to remain at his boyhood club Liverpool.

It is also claimed that Lambert’s off field influence would bring much needed leadership and quality to the fragmented Villa dressing room after relegation in the 2015-16 Premier League season.

The 34-year-old has one-year left on his Albion contract, but has played a fringe role since moving to the Hawthorns from Anfield for a fee of £3million last summer.

The target man has found the net on only four occasions in the last two years and made only 19 appearances for Tony Pulis’ side in the recently concluded Premier League campaign.

As reported by Football Insider, Villa are looking to boost their forward positions ahead of the new Championship season.

But, as Di Matteo seeks an instant return to the top flight, it is said that Lambert’s Championship experience will help the former Chelsea boss in his plans for the near future.