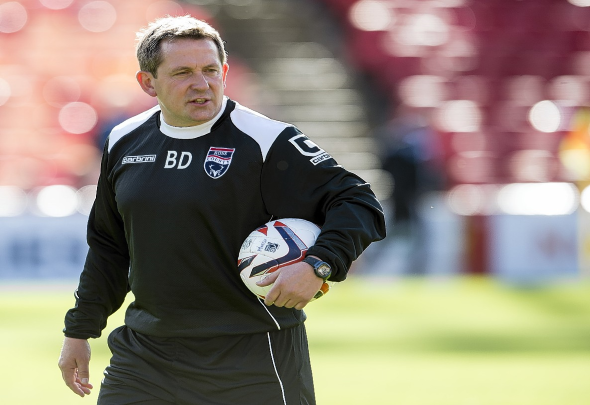 Former Rangers striker Billy Dodds believes that Jason Cummings will be axed back to the bench against Celtic – despite scoring a hat-trick against Falkirk in Sunday’s Scottish Cup win at Ibrox.

The 22-year-old Gers striker netted a treble in his first Ibrox start after coming into the side to replace the injured Jamie Murphy on the left wing.

Murphy could come back into the fray when the Gers host Brendan Rodgers’ side on Sunday and Dodds thinks if the winger can prove his fitness then he’ll get the nod over Cummings.

“Given the way Rangers have been playing and Murty’s preferred system and personnel, it looks to me like he might go back on to the bench,” Dodds said, as quoted by the Daily Record.

“Of course a lot hinges on whether or not Murphy is fit. I’d imagine that’s the key.

“I can’t imagine Murty wanting to move a couple of positions. If Murphy isn’t fit, would he move Windass wide to accommodate Cummings behind Morelos? I’m not sure. That’s changing two positions whereas Murphy, Candeias, Windass and Morelos has worked.

“I can’t see Cummings playing ahead of Morelos because he stretches teams and runs in behind constantly.”

Cummings has scored six times in ten appearances since his arrival at Ibrox from Nottingham Forest in January.

Sunday’s Old Firm clash is set to have a huge bearing on the outcome of the title race with the Gers looking to close to within three points of their bitter rivals at the top of the table.

Murphy missed the win over Falkirk after picking up a foot injury against St. Johnstone last week.

Dodds is almost certainly spot an and if Murphy is fit the winger will get the nod to start despite Cummings’ hat-trick against the Bairns. Murphy has been one of the Light Blues’ best players in recent weeks and would be a huge miss if he was to miss the visit of Brendan Rodgers’ side. Cummings might feel a little hard done by if he ends up having to sit on the bench but the striker will still have a huge part to play regardless of whether he starts or not. The 22-year-old could prove to be a game-changer from the bench for Graeme Murty’s side.