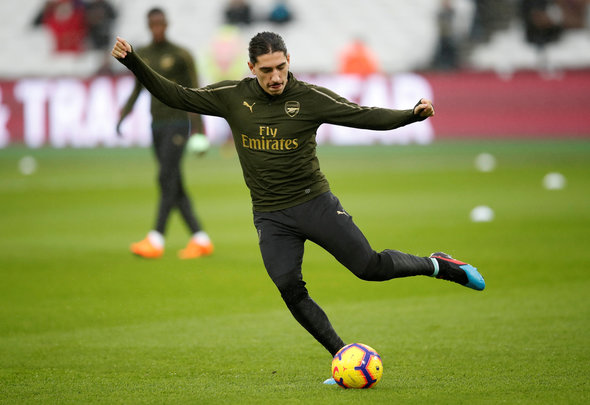 Darren Bent has been left raving over the performances of Arsenal’s Ainsley Maitland-Niles and suggested Hector Bellerin should remain on the sidelines when he comes back from injury.

The former Aston Villa and Tottenham star, speaking exclusively to Football Insider, says that the 21-year-old has dazzled in the Spaniard’s absence, the natural midfielder having been moved back into defence by manager Unai Emery.

He has started both of the Gunners’ Premier League games this season, having emerged as a first-team option for Emery during the 2018/19 campaign.

With Bellerin set to be out of action for another month due to ligament damage, Bent says that the 24-year-old should be snubbed for the first-team thanks to his teammate’s impressive displays.

Asked if he thought Bellerin had a fight on his hands to get back into the starting XI, Bent told Football Insider: “Yeah, I do because I really like Maitland-Niles. I’ve been speaking about him for a while now.

“I like him when he plays in the midfield but when he’s at right-back he’s dynamic, he’s rapid, really quick on the ball. He really impressed me in the Europa League last season when he got a lot of minutes there.

“For me, Arsenal have got a good right-back and I don’t think Bellerin should get back in the team. At right-back, it’s Maitland-Niles, his performances at the moment, he doesn’t deserve it (to be replaced).”

Maitland-Niles has a total of 70 first-team appearances for Arsenal so far, with 30 of those coming last season, as he became Emery’s first-choice right midfielder in the club’s Europa League campaign.

He made nine starts in 10 appearances in Europe, compared to his 11 starts in 16 games in the Premier League.

Arsenal have won both of their opening games this season, beating Newcastle United and Burnley.

In other Arsenal news, Danny Mills has told Football Insider that he is expecting a transformation this season after what he has heard about one of the Gunners’ new arrivals.