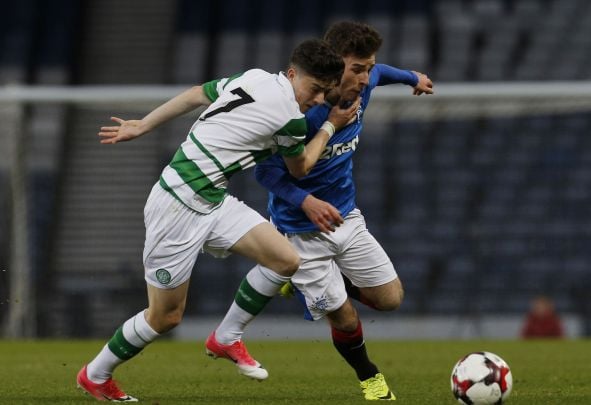 Celtic have confirmed that youngster Michael Johnston has signed a new three-year deal with the Scottish champions.

Johnston, 18, put pen to paper just minutes after starring in Celtic’s comfortable 4-1 victory over St. Johnstone on Parkhead in what was his Hoops senior debut.

Celtic confirmed on their official website that the exciting young winger had put pen to paper, after first joining the Hoops’ youth academy way back in 2008 at only nine years old.

Johnston revealed his delight at signing a new deal just moments after making his competitive debut for the 48-time Scottish Premiership champions.

“I have played for this club for about 10 years and I have supported them my full life so to make my debut and then sign the contract today and commit my future here is unbelievable.”

Johnston starred in his full Hoops debut against St. Johnstone, after catching the eye of Brendan Rodgers with his performances for Celtic’s youth side including the 3-0 Youth Cup win over Old Firm rivals Rangers last week.

His potential was on full show against St. Johnstone on Saturday afternoon, as his assist helped the Hoops break the deadlock through Manchester City loanee Patrick Roberts.

Celtic’s number 73, Johnston, made his debut along with Anthony Ralston on the right flank, and the duo could be in line to feature in Celtic’s three remaining Scottish Premiership fixtures.

Dream come true today to make my full debut for Celtic🍀 also delighted to have signed a new long term contract at the club I love🤙🏼 pic.twitter.com/VuxhH6Q1Yx

In other Celtic news, Rodgers has delivered this verdict on Ralston and Johnston after their displays against St. Johnstone.