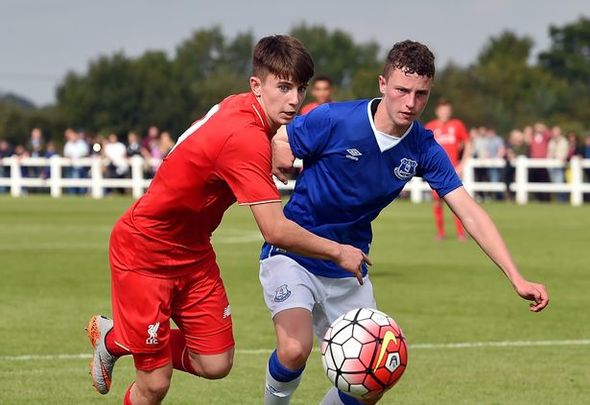 Everton have confirmed young attacker Nathan Broadhead has extended his stay at the club after putting pen to paper on a new deal.

The Toffees confirmed on their official website on Monday afternoon that the 19-year-old left-winger had signed a new three year deal at the club after impressing in the youth ranks.

The young teen who can play as both a striker and a winger joined the Everton academy nine years ago and enjoyed a very fine 2015-16 season for the Under-18s where he was named the player of the season after finishing as the top goalscorer for the youth team.

Broadhead has not yet made his first team debut, but the teenager has broken through into David Unsworth’s title-winning Under-23s side this season.

It is likely he will remain in Unsworth’s team with the hopes of impressing senior manager Ronald Koeman and earning a further call-up.

The Merseyside club have put a lot of focus on their academy this season and the likes of Tom Davies, Mason Holgate and Matthew Pennington have all been around the first team.

Meanwhile, Ademola Lookman and Dominic Calvert-Lewin were both signed with the Under-23s in mind, but they have also appeared regularly in Koeman’s team.

Broadhead will now be hoping to follow in these players footsteps after signing the new contract.

This is just another case of Everton putting their faith in their academy players and other sides only wish that they could do the same. The Toffees’ Under-23s won the Premier League 2 title this season and it is felt that there are a number of promising young players in that team who can emerge into potential stars. It is not yet guaranteed that players like Broadhead will be able to become a regular feature in the Everton first team, but the future is certainly looking bright for the club.

In other Everton transfer news, a reliable journalist has given an update on goal machine reportedly interesting the Toffees.