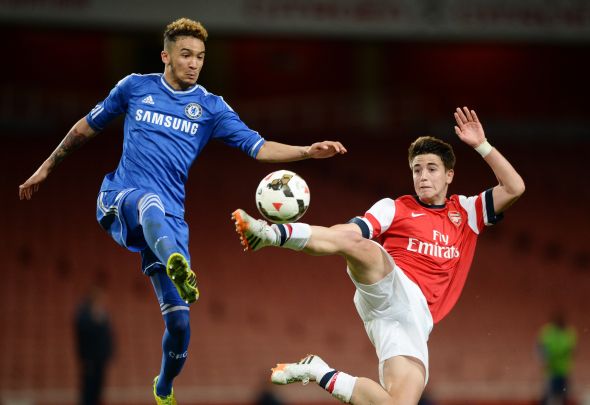 Mallorca have signed Arsenal youth star Julio Pleguezuelo on a season-long loan, it has been announced.

The Gunners confirmed on their official website that the centre-back will move to the Spanish second division side for the rest of the 2016-17 campaign.

The centre-back, who came through the Barcelona academy set-up, has been at the core of the Arsenal youth sides he has played for but has struggled to break into the first-team set-up.

He captained the Gunners Under-21s team last season and has been praised in the past for his composure on the ball and as a good reader of the game, but his performance levels dipped a little last season.

He will now hope that a run of competitive football in the Segunda Division can earn him the chance of playing under Arsene Wenger in the Arsenal first team.

“Julio, who grew up in Mallorca, will return to his native island for the opportunity to gain first team experience,” read a statement on the official Arsenal website. “We wish him well for the season ahead.”

Spanish newspaper Diario de Mallorca claim Pleguezuelo has joined Mallorca on a season-long loan without the option to make the move permanent, although that was not confirmed by Arsenal.

In other Arsenal news, a club chief has posted an Instagram message proclaiming their attacker target is not for sale.