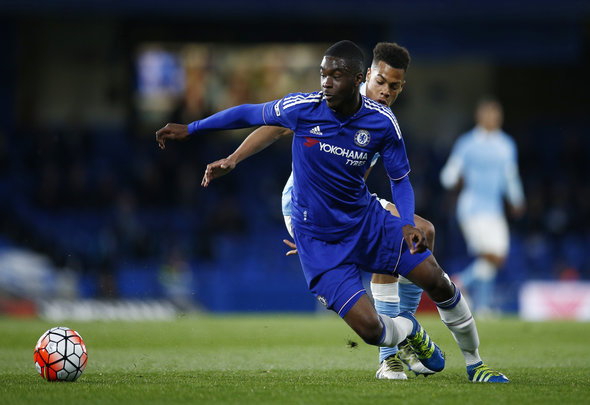 Chelsea youngster Fikayo Tomori has completed a move to Brighton, it was announced on Monday night.

Chelsea confirmed on their official website that the defender has moved to Championship club Brighton on loan until the end of the season.

The 19-year-old is regarded as a bright talent at Stamford Bridge and will now hope to experience regular first-team football.

Fikayo Tomori has tonight joined Brighton on loan until the end of the season…https://t.co/M4bZtkc8EM

Tomori is a versatile defender that can play at either centre-back or right-back and has been developing in Chelsea’s youth teams.

He has also represented his nation England at various age levels and has been tipped to become decent player in the future.

Tomori has won the UEFA Youth League twice with the Blues and will now try and make the step up to senior football.

The defender has made one senior appearances so far for Chelsea, featuring as a substitute in the final game of the Premier League against Leicester last season.

Brighton are currently flying in the Championship and are second in the table, with firm ambitions on securing automatic promotion this season.

Brighton is a great platform for Chelsea youngster Tomori to develop his game. The defender has been impressing during recent season for the Under-23s and will now get the perfect test in the Championship. He may find it difficult to break into the first-team for high flying Brighton, but a move to the Seagulls will certainly improve him. The 19-year-old is now at a crucial part of his career and will learn a lot more from a loan spell, rather than staying at youth level. Chelsea loanee Tammy Abraham is currently excelling at Bristol City this season and can be a great example to follow.

In other Chelsea transfer news, a Newcastle fringe player is on the radar for the club to solve a problem position.

We’ve launched an << EXCLUSIVE TRANSFER WINDOW NEWS FEED>>. ‘Like Us’ on Facebook by clicking here if you want 24/7 updates on all Chelsea transfer news.