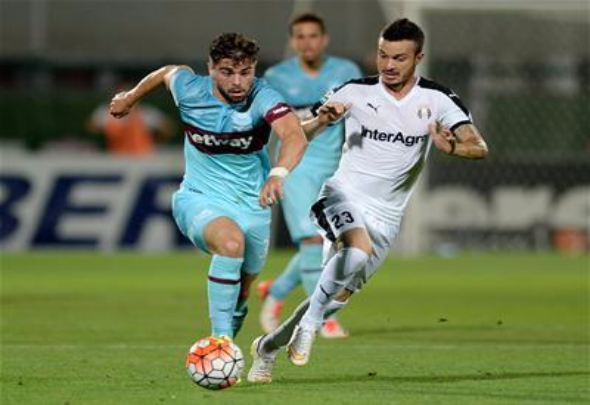 West Ham central midfielder Josh Cullen has extended his loan spell at Bradford until the end of the season, it was announced on Tuesday afternoon.

The Republic of Ireland Under-21 international has been a mainstay of the midfield for the League One club in the current campaign since joining in August in a loan deal that was due to end on 4 January.

Hammers academy product Cullen has been a regular for Bradford, adding 22 appearances to the first spell he had on loan with the Yorkshire club last season.

The central midfielder has made great strides during his time with Bradford, helping Stuart McCall’s men reach the League One play-offs last term before playing a central role in their promotion effort this season.

Cullen is down the pecking order at West Ham despite accumulating four first-team appearances under Slaven Bilic last season.

The youngster, who has been capped eight times by Republic of Ireland at Under-21 level, played three times in the Europa League and was then sent on a substitute against Liverpool at Anfield.

In other West Ham transfer news, an international ace has signed after agreeing terms with the Hammers.