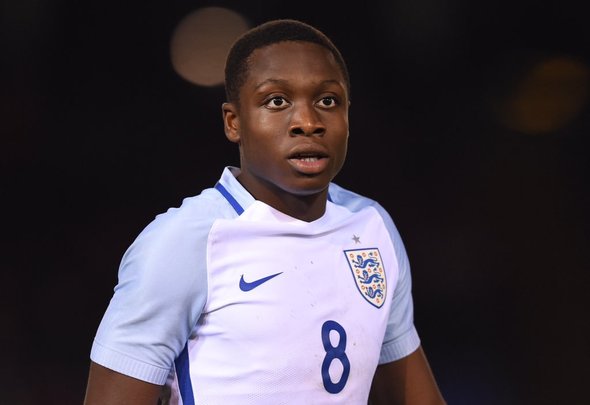 Everton have sealed the signing of midfield enforcer Dennis Adeniran from Championship outfit Fulham, it has been confirmed.

With the summer transfer window officially closing at 11.00pm on Thursday evening, the Toffees have still managed to get one more over the line outside of the window as the club announced on Friday morning via their official website and Twitter account the capture of the 18-year-old from the south London club.

Adeniran was considered a bright prospect in the Fulham youth ranks, making his debut for the club back in August 2016 in an EFL Cup clash against Leyton Orient, which also saw him score his one and only goal for the club.

He went on to play four more times for the Cottagers in total and has even been capped six times at Under-18s level for the England team.

The young starlet will now be looking to continue his development at Everton, who are currently bringing through a number of young stars after winning last season’s Premier League 2.

This is not the high profile signing that Everton fans were waiting for on deadline day, but this could work out to be a very smart piece of business in the long-term. The Toffees have brought a number of young players from the Football League in recent history and some have excelled, such as Dominic Calvert-Lewin and Ademola Lookman, while others are taking looking to make their step up. Everton will now be hoping Adeniran is another player who can make the step up to the first team as the club looks to build a very fine youth squad.

In other Everton transfer news, this Toffees striker transfer collapsed at the eleventh hour.