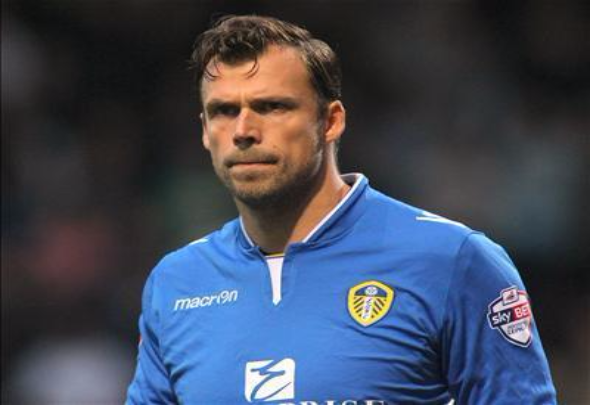 Former Leeds goalkeeper Stuart Taylor has joined Premier League side Southampton, it was announced on Friday.

The Hampshire based club confirmed on their official Twitter account that the 35-year-old shot-stopper has agreed to a one-year contract.

Taylor, who’s played for a host of clubs including Leeds, Aston Villa and Arsenal has moved to the south coast after he was released by the Yorkshire giants in the summer of 2015.

Remarkably Southampton will be his 12th different club in his 19-year career with the goalkeeper failing to amass 25 appearances for any of his previous sides.

Taylor moved to Elland Road in the summer of 2014 after he was released from Championship rivals Reading.

The former England Under-21 international was the first signing of ex-Leeds manager David Hockaday, but didn’t last long and left the Yorkshire giants the following summer.

The experienced professional was mainly used as back-up to Marco Silvestri, who joined the club in the same window and Taylor appeared in just five encounters during his one-year stay.

The goalkeeper was part of the Arsenal league winning squad in the 2001-02 season and he was also involved in the Manchester City side which won the top flight in 2012.

In other Leeds news, Garry Monk has revealed on Twitter his delight at a productive last session in the build-up to the club’s showdown against Nottingham Forest.