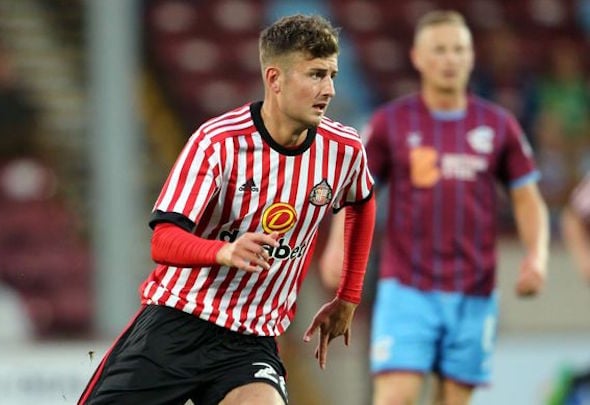 Sunderland have confirmed that Ethan Robson has agreed terms for a new two-year deal with the club.

The Black Cats announced on their official website on Thursday that Robson, 21, has committed himself to the Stadium of Light until the end of the 2019/20 season.

The Sun had reported that Rangers and Celtic were both interested in snapping up the central midfielder at the end of the season when his old deal was due to expire.

It was understood that Sunderland valued Robson at £2million, but he could have joined one of the Glasgow clubs for a cut-price fee worth £150,000 in compensation.

Chris Coleman has started to use Robson more and more in his first-team this season, with the midfielder making nine appearances in all competitions.

Robson is clearly a player with a lot of potential and Sunderland have done well to get him to sign a deal despite interest from Scotland. Losing him for £150,000 would have been a tough pill to swallow, especially when he is valued so highly by Coleman. Rangers and Celtic could have easily swooped in for the 21-year-old, but it seems that he has made the choice to stay loyal to the team that has developed him. Coleman will no doubt be hoping that the midfielder can prove key for the rest of the season and Sunderland’s bid to avoid the drop.

In the latest Rangers news, David Bates has named this fringe player as one of two advantages they will have over Celtic on Sunday.