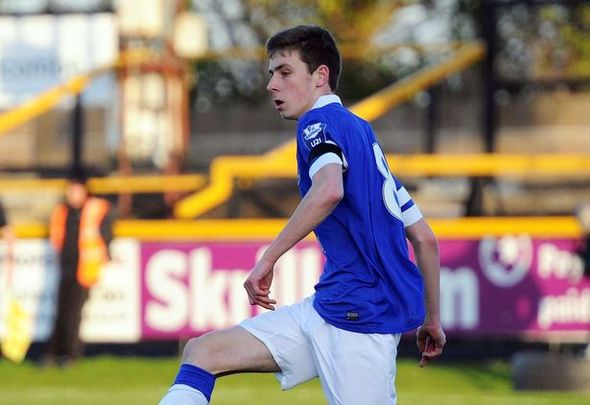 Everton have signed midfielder Joe Williams up to a new long-term contract, it was announced on Friday.

The Toffees confirmed on their official website that the 20-year-old had extended his stay with the club until 2020 after agreeing terms.

The young starlet has not yet made his senior debut for the Merseyside giants, but many are now keen for him to make his breakthrough in the future.

📝 | Academy graduate @Joe_Williams6 has extended his stay with the Blues until the end of June 2020.

Williams is described on the Everton website as a tough-tackler and the Liverpool born youngster has been at the club since the age of seven.

His performances in the 2015-16 campaign saw him named the Under-21s player of the season, but he has since suffered two long-term injuries in both his knee and ankle.

He has only recently made his return, playing in the Under-23s last two fixtures, but it is clear that David Unsworth views him as a real talent.

Williams’ next goal will be to break into the Everton senior team and given the current success of players such as Tom Davies and Mason Holgate making the step up the club could be set for a number of years.

In other Everton news, Paul Merson has predicted the Toffees weekend clash against Sunderland.