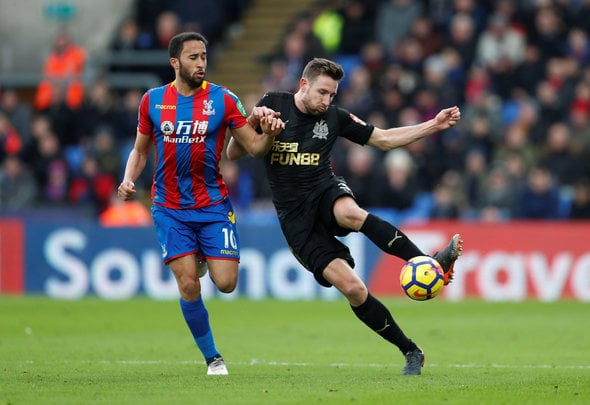 Newcastle United have confirmed that they have agreed terms with defender Paul Dummett over a new long-term contract.
The Magpies revealed via both their official Twitter account and official website that they had extended the 26-year-old’s stay at St James’ Park on Thursday, having graduated through the youth ranks on Tyneside.

The official statement from the club states that the deal “could” run until 2022, which hints there may be complexities and clauses included, such as an optional extension or terms based on the amount of games Dummett plays.
The two-cap Wales international is one of the longest serving members of the current Newcastle squad, having broken into the first team with his debut back in 2013, and has a total of 131 appearances for the club across all competitions.
A firm favourite of manager Rafael Benitez at left back, he appeared in all but one of the club’s Championship matches last season on the way to securing the second tier title, but found himself sidelined through injury at the very start of the current campaign.
His hamstring injury picked up against Tottenham meant he was forced to sit out the next four months of action, missing no less than 16 league games as a result, but has reestablished himself as a regular starter with eight top flight appearances since.
In other Newcastle United news, the club have committed to a £2million fee for an international attacker.