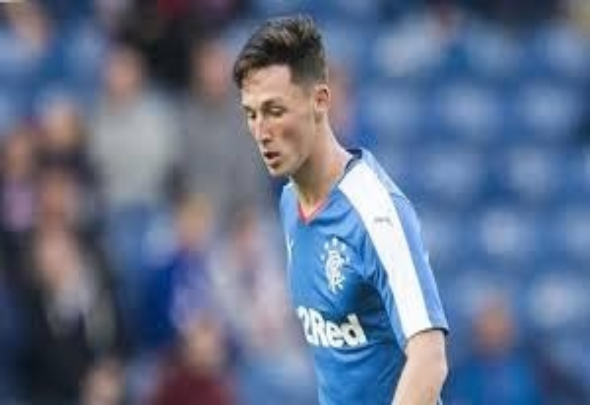 Rangers midfielder Jordan Thompson has joined Scottish Championship side Raith Rovers on a six-month loan deal, it was announced on Friday.

The Gers confirmed on their official Twitter account that the 19-year-old midfielder would be joining the Scottish second-tier side until January.

The Belfast-born youngster will join Gary Locke’s side as they prepare to travel to Ayr United for their season opener on Saturday.

The youngster is highly rated at the Ibrox club and he has made two appearances for the Rangers senior team to date.

The 19-year-old midfielder was loaned out to second tier outfit Airdrieonians in the second half of last season.

However, Thompson suffered an ankle injury in February, which curtailed his season and forced him to return to his parent club.

The former Manchester United youth player made seven appearances in his short time at the Excelsior Stadium and scored one stunning goal.

He spent his early teens with the 20 times English champions before moving to his boyhood club in Glasgow.

The youngster will be keen to impress in the next year with his contract at Rangers due to expire next summer.

Mark Warburton has been busy in the transfer market this summer and has brought in midfielders Josh Windass, Matt Crooks, Jordan Rossiter, Joey Barton and Niko Kranjcar, so Thompson may have been quite far down the pecking order at the Ibrox club.

In other Rangers transfer news, Mark Warburton has revealed he hopes to sign at least one more player before Rangers’ Premiership opener against Hamilton.